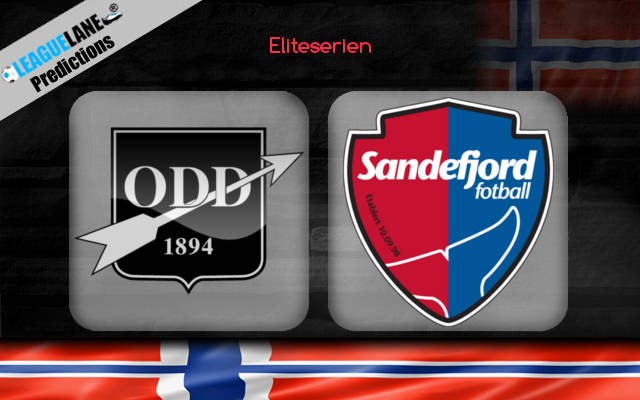 Odd are on a great run at home, and they also have a good h2h record against this rival. Meanwhile, Sandefjord are going through a poor streak, and especially so on the road. Likely, expect a win for Odd this Tuesday at the Skagerak Arena.

They are one of the three teams in the whole Norwegian top flight to stay unbeaten at home all through this campaign. And only two other teams have conceded fewer goals than them in home fixtures this year in the Eliteserien.

In the meantime, Sandefjord have a poor record on the road this season. Not only have they conceded in plenty in such fixtures, but they have a 100% losing record away from home barring just two match-ups.

Most importantly, they have a poor h2h record against this foe.

By the looks of things, expect a win for Odd this Tuesday.

Odd were unbeaten in seven of their last nine overall fixtures, and they had scored two or more goals in five of their past eight matches. They are also yet to lost home in the whole of 2021 so far.

On the other hand, their counterparts were winless in 18 of their former 25 overall fixtures, and they have won just thrice on the road since the first week of December 2020.

Finally, Sandefjord also have a worrying h2h record against this foe over the years.

Likely, expect a thorough win for Odd this Tuesday.