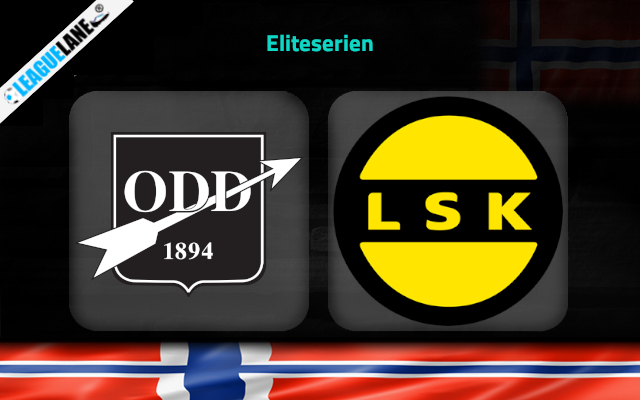 Odd had a displeasing start to this season. They have maintained the same to the further league fixtures so far to occupy the 9th spot of the table. Their offensive and defensive line-up looks disappointing. They will be hoping for a better display at home in the upcoming league outing.

Meanwhile, Lillestrom had an impressive start to this Eliteserien season. They maintained the same further to secure themselves at the second spot of the table. However, their recent form is a bit inconsistent. They will be hoping to fix it by returning back to the consistent winning track.

We can see Odds recording a couple of unbeaten displays in their most recent league fixtures. With those displays, they have ended up an inconsistency of caused by conceding defeats. They will be hoping to extend that run by sealing a positive outcome with the spirits gained from the hosting advantage.

Odds recorded a 3-2 win at home against Bodo/Glimt in their most recent league fixture. Anyways, they are still having a slump at home. They lost four of the past five league fixtures here each of those four were conceded in a row too.

On the other side, Lillestrom recorded a 0-1 defeat at home against Viking in their most recent league fixture. They were on the back of a 1-3 win before recording the above defeat in the league. This inconsistency is what affecting their spirits.

Anyways, Lillestrom is having a decent form on road this season. They have only lost one so far this season on travels. Their offensive side have been scoring goals at a good rate too.

Considering all the above stats, we are backing Lillestrom to seal a win against this Odds side when they both meet in an Eliteserien fixture on Sunday.