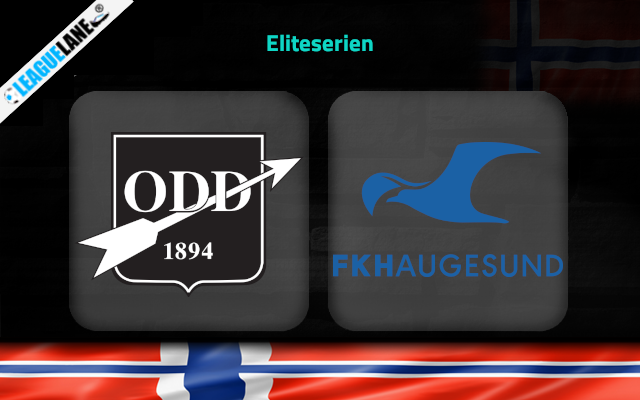 Odd had a disappointing start to this season. They have won two and lost four of their 6 league fixtures so far to occupy the 14th spot of the table. Their offensive and defensive line-up also looks disappointing and its time to find some momentum to climb up to a better position on the table.

Odd recorded a 3-0 defeat on road against Molde in their most recent league fixture. With that defeat, they are now having a streak of three losing games in the league. They will be hoping to end that run with the aid of home advantage and facing a weak opponent in the coming league outing.

Meanwhile, Haugesund had a dreadful start to this season. They won one and lost five of their 6 league fixtures so far this campaign. Their poor start resulted in their positioning on the table. They are currently at the 15th spot, inside the relegation zone of the table.

Haugesund recorded their maiden win this season in the previous league outing. The 2-0 win against Kristiansund at home ended their five-game long losing streak in the league. They will be hoping to make that win count for sure.

Both the victories Odd recorded so far this season were at home. They won two and lost one of their three league fixtures here. However, their offensive line-up have scored two goals in each of those three home fixtures.

On the other side, Haugesund lost each three of their on road outings this season leaking goals in a worrying rate. Such a poor start on road is more than enough to back the hosting Odd.

The above stats reckons us to think that Odd might end up bagging a three pointer from this fixture when the referee blows the final.