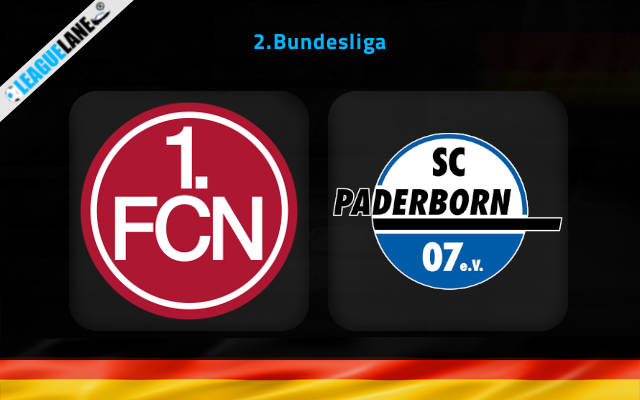 In game week 19 of 2. Bundesliga, Nurnberg faces Paderborn for their next match on Saturday at Nurnberg.

Nurnberg is in the 5th position on the league table with 30 points from 18 matches. Nurnberg played against Erzgebirge Aue in their last match. The match ended in a win for Nurnberg with 1-3 FT score.

From the beginning of the season itself, the team had kept an unbeatable streak. But at the moment, the team has a mixed result of wins and losses. In the last ten matches, the team has scored in eight of the matches and has won in five of them as well. So far, Nurnberg has played nine home matches and has only lost in two of them. The team won their last home match against Holstein Kiel with 2-1 FT score.

Paderborn is in the 9th position on the league table with 27 points from 18 matches. Their last match was against Verl in Club Friendly, which ended in a win for Paderborn with 2-0 FT score.

The team has had mixed results throughout the season. However, they are on a cold streak at the moment. In the last ten matches, they have scored in most of the game but can’t seem to find a win in the matches. However, the team’s performance has been satisfactory. They have kept an unbeaten streak and have not lost in any of the away matches. Their last away match was against Sandhausen, which ended in a draw with 1-1 FT score.

The match between Nurnberg and Paderborn will be a tough one. Even if the host has performed well in the home matches, Paderborn has played well in their away match and has kept an unbeaten streak. Both teams have scored in their recent matches as well.

The next match is likely to end in a draw or a win for Nurnberg and there is also a good chance that both teams will score in the upcoming match.