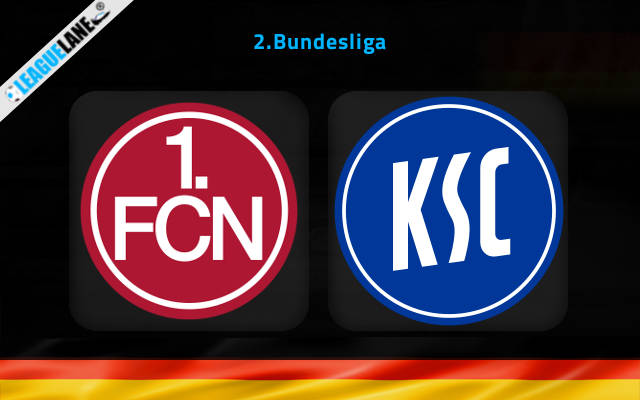 Nurnberg patiently await the arrival of an equally balanced side in Karlsruher who have not wasted any time in getting their season underway as soon as possible.

The home side come into this fixture with 6 points on the board as they currently sit in 6th position in the league table after playing 4 games.

Der Club come on he back of a 0-0 draw against Ingolstadt. Their previous victory came against Dusseldorf where Christopher Schindler and Enrico Valentini got on the scoresheet to record a 2-0 victory.

Their form has been shaky in the past and it will be interesting to see how far the club goes this season in the league.

On the other hand, Karlsruher have got off to a decent start to their 2. Bundesliga season as they have recorded 2 consecutive victories in their opening two games and drawn twice in their most recent league encounters.

KSC come on the back of a 0-0 draw against Werder Bremen at home as Marvin Wanitzek saw a red card in the 57th minute of the game.

Florian Hubner, Pascal Kopke and Noel Knothe are all set to miss out with a shoulder, ankle and ligament rupture injuries.

Paul Lohr, Robin Normuth and Leon Jensen will not feature as they are in the medical room nursing their injuries.

As per the head-to-head results shown above, Goals are hard to come by in this fixture and we expect yet another low scoring game at the Max-Morlock-Stadion. As a result, we should definitely see goals under 2.5 once again in this fixture.

We have picked out that Hofmann will score at anytime during the game with the odds stacked at 2.60.