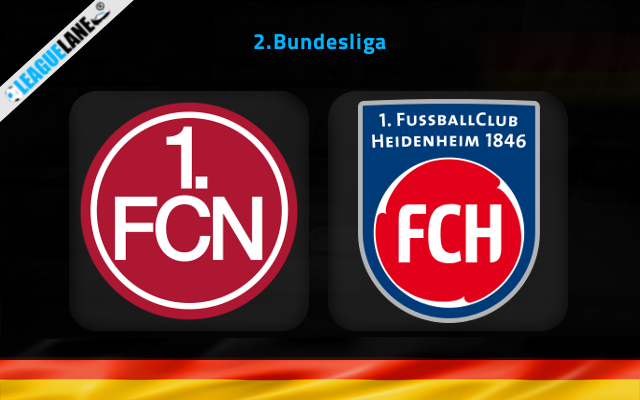 Nurnberg were having an average run throughout the past season. Their average form allowed them to occupy the 8th spot at the end of the season. Their recording were mostly winless. They have tried to improve themselves towards the end of that season but failed to climb up to the top.

Meanwhile, Heidenheim also had an average run the past season. The frequent recording of a negative outcome affected their chances of claiming a safe zone spot. They will be hoping for a better run this season.

We can see Nurnberg playing a number of friendly matches with outfits across all competitions. They were mostly losing in those leaking goals in a worrying fashion. Anyways, they have succeeded in gaining some momentum this 2.Bundesliga season.

Nurnberg have started off the season recording a 3-2 defeat against St. Pauli. They bounced back with a 2-0 win against Furth in the second fixture and added a draw against Regensburg from the third fixture.

On the other side, Heidenheim have been recording positive outcomes in a consistent rate before entering this 2. Bundesliga season. They were having a good form and following that, they started off this season with a positive outcome against Hansa Rostock.

Heidenheim succeeded in making that win count as they recorded another win from their fixture. But, they failed to maintain it further as they conceded a defeat against Hamburger SV in their most recent league outing. It was an away fixture too.

Considering all the above stats, we are expecting a win for Nurnberg when they meet Heidenheim in a 2. Bundesliga fixture on Friday.