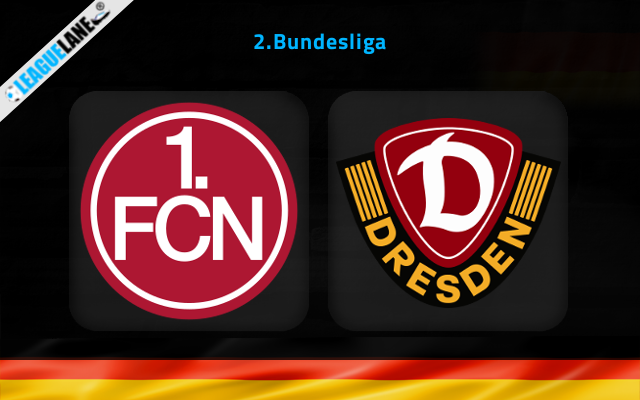 Nurnberg sits at 4th on the table, near the safe zone. They have a strong spell of form in the league lately. They have managed to collect 12 points from the past 4 league fixtures to add up to a total of 45 points on the table. With the support of a decent offensive and defensive lineup, they will be eyeing for a top spot which is currently 3 points away from them.

Nurnberg recorded a motivating 0-3 win over Hannover on road in their most recent league fixture, With that win, they have woven a thread of four consecutive league victories with a clean sheet. They will be having highest of spirits following such a set of highly positive displays.

Meanwhile, Dynamo Dresden are not pulling up any trees since the beginning of this campaign. Their dreadful form resulted in their positioning on the table. They sits 16th , inside the relegation spot with a total of 27 points in hand. They have three points difference with Sandhausen, sitting at the edge of the danger zone.

Nurnberg possess a strong form in the league of late. On top of that, they have only lost once in the total head to head matches with Dynamo Dresden so far.

We can also see Dresden remaining winless in 10 of the past 11 league fixtures on road. With such a dreadful traveling form in trend for Dresden, we back Nurnberg to seal a win from this fixture.