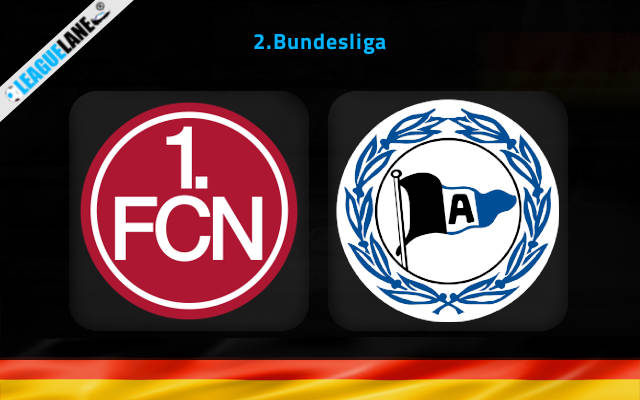 Nurnberg will be seen hosting the newcomers Arminia Bielefeld in the Max-Morlock-Stadion this Friday.

Meanwhile, Nurnberg is at the 12th position in the league table. The supporters of the visiting side were left disappointed the last game as they lost 4-2 to Eintracht Braunschweig on the road.

However, Robert Klaub will encourage his boys to score goals, as it will improve their chances of winning.

Both the outfits had a gloomy start to this season. The desperation of both sides could easily be read from their recent displays. Going on, neither of the two own an efficient defensive steel.

Thus, expect a tight encounter between the two with goals coming from either sides on Friday evening.

The Legends are on a 2-fixture losing streak in front of their home crowd. The squad leaked five goals over the course of those home fixtures. Going on, the hosts remain defeated by Bielefeld when they’ve played them at home in the last two matches.

On the other hand, the visitors have not lost against Nurnberg in their last four matches. Bielefeld are also unbeaten in 3 of the past 4 road trips.

We are expecting a high-coring match on Friday with Bielefeld bagging three points when referee blows the final.