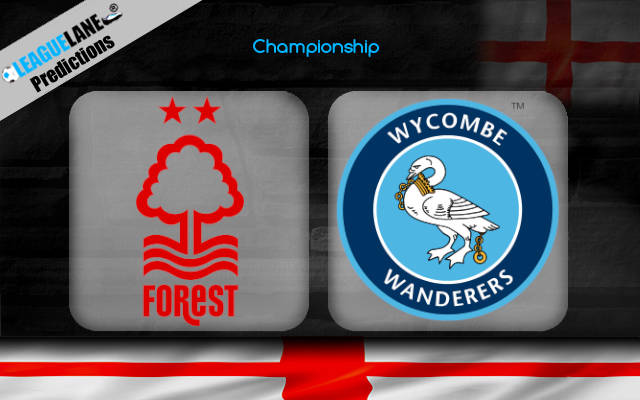 Nottingham Forest’s winless streak in the campaign ended as of late when they marked their second win in the schedule in the last match. Chris Hughton will aim to build on that 2-1 win at home against Coventry in the previous league clash.

Wycombe has been unbeaten for the past three fixtures in the championship. The Blues are on a two-game winning streak in the campaign and will visit on the back of a 1-2 win on the road against the likes of Birmingham last time out in their schedule.

The Forest is booting up for yet another home match in the schedule after a 2-1 win at home. Meanwhile, Wycombe will visit on the back of a similar 1-2 away win. Since both teams are coming in with high hopes held onto each other, we can expect a tight encounter at City Ground.

Both teams have averaged between 0.6 and 0.7 goals in the campaign so far. Their form has changed only as of late, and it is too soon to expect a stable form from both teams. However, a BTTS is likely a suitable option for the punters considering both teams are to see the back of the net in ninety minutes.

The home win in full-time will probably be the best bet for the punters in the encounter. Consecutive away games will tire the away side, and since the Forest has the best use of their ground advantage, it is likely to see the host take the bragging rights in the fixture.