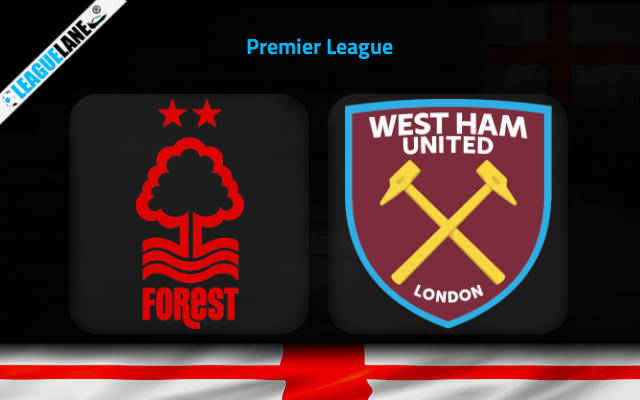 Nottingham have certainly imagined a better start to their Premier League life upon returning to the top flight of English football after decades.

The Reds were brutally outplayed by Newcastle at St. James’ Park. The Magpies controlled the game from the start to the end without allowing Nottingham get even a look at their goal.

The team led by Steve Cooper will be hoping to leave a better impression on Sunday afternoon when they play the first elite class game in front of the home crowd.

Unfortunately, the rival is West Ham, meaning there is really not much to like about Nottingham’s chances here.

The Hammers did not shine on the opening day either, but they did face the likes of defending champions Manchester City on the occasion.

We can say that the season will actually only begin for David Moyes and his men this weekend when they are going to play their maiden winnable affair in the new campaign.

The Hammers have a lot of quality all over the pitch, they have managed to keep the main stars around, and they certainly head into this tie as big favorites.

We are expecting a lot from Jarrod Bowen who enjoyed his by far the best-ever Premier League campaign last season.

Bowen & company should have plenty of room to deliver past Nottingham’s defense which allowed way too many chances against Newcastle last weekend at St. James’ Park.

The quality is on West Ham’s side and we expect a comfortable victory for David Moyes’ troops in Gameweek 2 at The City Ground.

Cooper will still need some time to bed in the new arrivals, including striker Taiwo Awoniyi who only came on from the bench in the clash against Newcastle. The away win is paid at the 1.85 odds, while we will also take the attractive 3.50 odds offered for Jarrod Bowen to score anytime on Sunday.