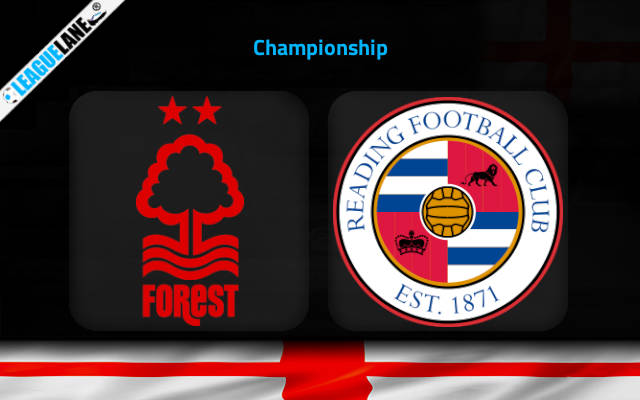 Nottingham Forest will head into the fixture undefeated in the league for over a month. However, a handful of draws in those games have prevented them from getting themselves close to one of the playoffs spots.

They were last seen stealing a point in their away fixture against Sheffield United, thanks to a 95th minute equaliser by Ryan Yates as the match ended 1-1.

Following which, with nine points from their last five games in which they are undefeated, the club now sits 10th in the EFL top tier, five points behind the 6th place team.

Reading with a short spell of brilliance in February managed to escape from the relegation zone. However, with back to back defeats heading into the fixture, the club is once again sitting just clear of the drop zone.

The most recent of which came against in-form team Millwall at home in a closely fought affair which involved just a goal. The result marked the 3rd time the team had dropped points in five league games.

Gaining seven points from those fixtures, which accounts for about one fourth of their total points this season, the club is now five points clear of the relegation cutoff, in the 21st position.

The hosts are undefeated and with three wins in their last four home games. Their opponents meanwhile have four losses and just four points from their last seven league matches on the road and hence do not expect them to challenge for points.

Brennan Johnson has been on fire recently having scored in four consecutive home games. The Welshman who is currently the league’s joint eighth highest goal scorer with ten goals this season is my pick to score anytime.