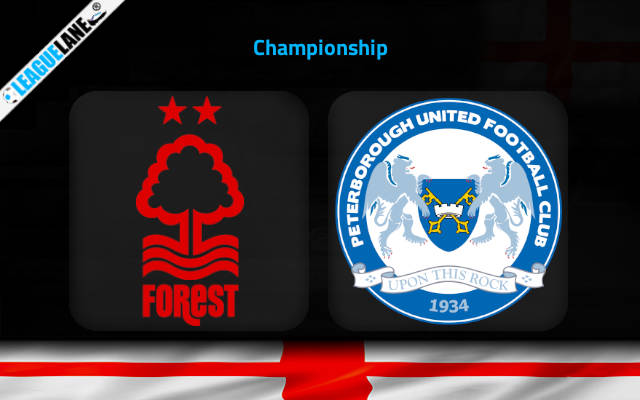 Nottingham Forest have been very tough to break down of late. They kept a clean sheet away at WBA last time out and we certainly fancy them to do the same here against a team that failed to find the back of the net in four subsequent Championship games.

Nottingham Forest will have a nice opportunity to maintain their impressive six-game unbeaten streak on Saturday afternoon when they play host to recently promoted Peterborough United at The City Ground.

The hosts kept the third-placed West Bromwich Albion to a goalless draw last weekend at The Hawthorns.

It was their fifth draw in the last six games in the league, though. Nevertheless, the match against Peterborough United should really provide them a chance to get back on winning ways.

The Posh are by far the worst travelers in the competition. They lost nine of ten away games this season.

Moving forward, Peterborough United are just not pulling up any trees these days. They have ended a three-loss run with a disappointing performance in a goalless draw at home to the likes of Barnsley.

Darren Ferguson’s men did not score a goal in four consecutive league games. They have a disastrous 5-28 goal difference from 10 league matches on the road.

Since Nottingham Forest shipped just one goal in the last four Championship ties, we fancy the hosts to keep their net untouched against one of the most out-of-form teams in the division here.

Tips for Nottingham Forest vs Peterborough