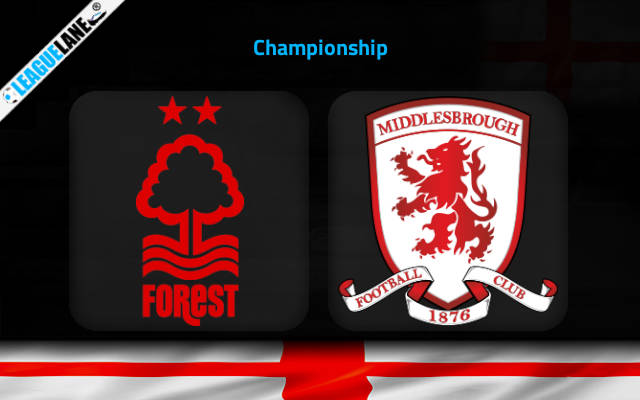 Under pressure boss Chris Hughton aims to guide Nottingham Forest back to winning ways when they welcome Middlesbrough on Wednesday night.

The 1-2 defeat against Cardiff City handed Forest their worst start to a season in 108 years and the team remained at the foot of the table after losing in 5 of the 6 league games.

They managed a draw against Derby County before international break, that remains their solitary positive in the season this far.

Boro too suffered a defeat on the weekend, 0-2 away at Coventry, however they were the better team in the second half.

The team managed by Neil Warnock is sitting at 18th in the table with 1 win, 3 draws and 2 losses from 6 games.

Time is running out for Chris Hughton and anything less than a positive result against Middlesbroug could seal the fate.

Neil Warnock’s men are also struggling, though they haven’t played as badly as Nottingham Forest.

A draw is probably the best outcome for both teams and I believe either manager will take it if offered before kick-off at this stage.