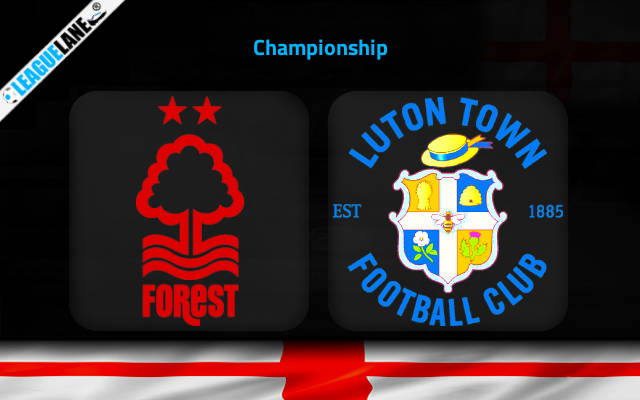 Nottingham Forest and Luton Town are teams that have not really ended up on the winning side of things recently. 18 games into the season they are neither looking likely to trouble the teams pushing from promotion nor are they about to enter the relegation scrap anytime soon, as long as they go on a streak of wins or losses.

Luton will head north to the Midlands as they take on Nottingham Forest at the City Ground this Tuesday. Read our Preview, Predictions, and Betting Tips with Analysis here.

The Reds had a horrendous start to the season, failing to win any of their opening 7 league games, with just a point coming from those fixtures. They have since turned things around with just a loss and are on the rise in the Championship. They are currently 13th in the league with 23 points, a point behind their opponents for Tuesday.

The Hatters have had an up and down season but it is their 6 matches winless run which spanned between August and September that has stopped the club from challenging for a playoffs spot 18 games into the league. They currently occupy the 11th position with 24 points. They have lost, won and drawn 6 games each, and are 5 points behind QPR who are at the 6th position.

The hosts are the favourites to take all 3 points from this fixture as they have lost just once in their preceding 11 league games and will go against a team who have lost 3 of their last 4 Championship games. With the hosts drawing 3 of their last 4 games, I have opted for a ‘draw no bet’ option.

The home team have failed to get on the scoresheet just once in their preceding 11 league games, with the visitors failing to score just twice in the season on the road, I have backed both teams to contribute to the score line.