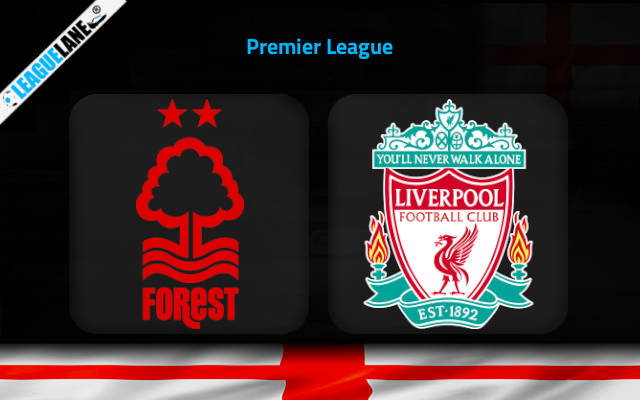 Liverpool seem to be finding their way back in the Premier League. They defeated champions Manchester City a week before, and followed it up with a win over West Ham. Now they will try to make it three in a row with a win over the newly-promoted and struggling Nottingham.

Forest are placed 19th in a table of 20 at the moment, and so far managed to register a single win. They are one of the only two teams in the competition to remain winless in the past five match-days.

Moreover, barring three draws and win, they have a perfect losing record in the English top flight this time around. Do also note that they are the worst team in the tournament – based on number of points won.

Meanwhile, six-time European champions Liverpool are on a roll. They managed to put an end to the unbeaten run of Manchester City, and now they are slowly ascending into the top tier of the table.

Currently they are placed seventh in the table, and need a surplus of only four points to climb level with the fourth-placed Chelsea.

It is also a great opportunity for them – considering the schedule for this upcoming game week. The eighth-placed Brighton are pitted against Manchester City next, and are expected to drop points. This will help the Reds to hold on to their lead.

Moreover, the sixth-placed Newcastle are taking on the third-placed Tottenham, while the fourth-placed Chelsea are locking horns with the fifth-placed Manchester United. Expect a major rearrangement in the top tier of the table, and Jurgen Klopp’s men will be eager to cash in on this opportunity.

Expect a huge win for them this weekend.

The in-form Liverpool are determined to make amends for all the points they dropped earlier in the season. They have an easier opponent this weekend, in the form of Nottingham.

Not only are Forest on a long stretch of poor performances, but they are also a recent addition to the Premier League, and are struggling to hold their ground here.

Furthermore, they have a poor h2h record against this rival over the years.

Surely expect a convincing win for Liverpool this weekend at the City Ground.

Tips for Nottingham Forest vs Liverpool