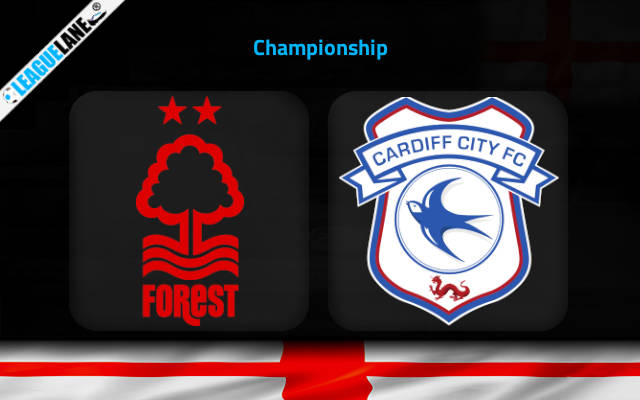 Nottingham Forest host Cardiff City in the last match of the Gameweek No 6 in English Championship on Sunday afternoon at The City Ground.

Chris Hughton took charge of Nottingham Forest in October last year but he could well lose his job much before planned as his players are not pulling up any trees at the start of his maiden full season with the club.

His job could be well on the line if the Irishman does not find a way to turn Nottingham’s fortunes around any time soon.

The Reds sit at the rock bottom of the Championship standings with just one point from the opening five outings.

The lack of attacking potential is still a massive issue, just like in the last season when Nottingham Forest had the second-worst attacking record in the entire division (37 goals in 46 matches).

Cardiff got off to a much more positive beginning of the season following the top-half finish from the last year.

However, the visitors from Wales will also enter this tie on a low after losing back-to-back fixtures to Brighton (0-2 in the EFL Cup) and Bristol Coty (1-2 in the Championship).

On a positive note, midfielders Ryan Giles and Marlon Pack should have plenty of space to deliver past the leaky defense of Nottingham’s on Sunday.

They have combined for seven assists in the opening five rounds of the season.

Cardiff City have been lethal from set pieces so far in the season and Nottingham Forest will have to be very careful on corners and free kicks if they want to avoid another defeat here.

Looking at the recent H2H record and the teams’ form before the international break, the Under 2.5 goals FT seems to be the best betting option at the odds of 1.61.