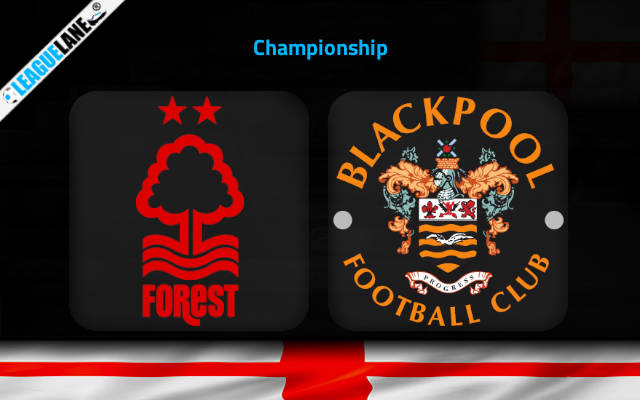 Nottingham Forest take on Blackpool in Saturday’s Championship fixture at the City Ground. Read our Previews, Prediction and Betting Tips with Analysis.

In the last 10 encounters between these two sides in the Championship:

Nottingham come into this fixture on the back of a 3-0 win away from home against Birmingham in a game which saw Lewis Grabban, Ryan Yates and Djed Spence get on the score sheet.

Blackpool come into this fixture on the back of a 2-1 win at home against Blackburn Rovers in a game which saw Shayne Lavery and Jerry Yates get on the score sheet.

Taking the above into consideration, we back the odds at 2.62 for Draw no bet in favour of Blackpool. As per the above data, Nottingham Forest have not shown any signs of stability and consistency in terms of their home performances. They will come into this fixture with a doubt casting over them and we are confident that Blackpool will exploit their weaker areas.

Consequently, we back the odds at 1.90 for both teams to get on the score sheet. Both these sides will want to get underway in a bright start and they will look for the win. Hence, we should see both sides getting on the score sheet comfortably.

Tips for Nottingham Forest vs Blackpool