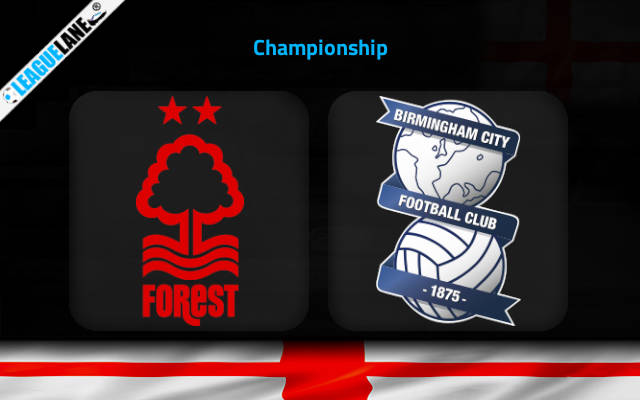 With 4 back to back wins, Nottingham Forest is in the Play Offs zone and they hope to extend that run as they invite the bottom halved Birmingham City to City Ground, this Saturday.

The Reds are at the 5th spot on the standing with 64 points from 38 games. They won 18 times in the league while drawing and losing 10 times each. With games in hand over their play-off promotion rivals, Nottingham Forest find themselves comfortably in the frame for the Play-offs following a 9-game unbeaten streak in league action.

Manager Steve Cooper remained calm after their midweek 2-0 win over Coventry, stating that it is only the position after 46 rounds that counts. Following a 3-0 win earlier this season, Nottingham Forest are looking for their first league double over Birmingham City since the 1999-00 season.

On the contrary, The Blues resides at the 18th position on the table with 45 points. Of the 40 matches played, they won 11 games while drawing on 12 and losing on 17 other occasions. For Birmingham City, all that remains to play for is to equal or better their best Championship finish across the last 5 seasons (17th). They could move into that position with victory here if results go their way.

They shocked West Brom with a 1-0 win last time out. The Blues last won consecutive games was in October and November earlier this season, with a run of three.

Nottingham Forest are undefeated in their last 9 league games. There were also no losses for them in 30 of their most recent 35 games across all competitions.

The play-off race remains a tight affair, so Forest will now hope to extend their rock-solid 7-game home league form to remain in the mix.

In their 12 most recent away matches of all competitions, Birmingham City have achieved just a single win.

By the looks of things, expect a victory for Forest this Saturday.