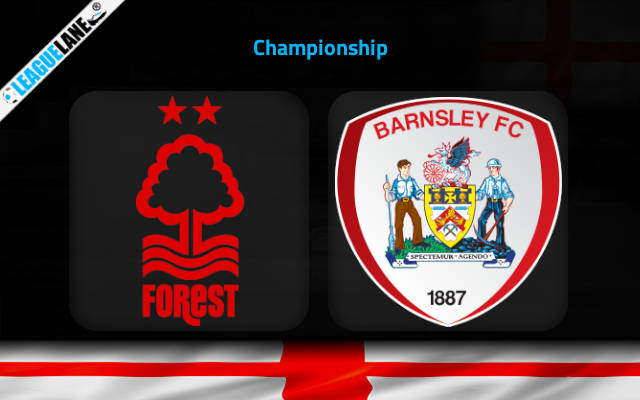 Barnsley are the absolute worst team in the whole competition. They are in such a worrying state that they are placed bottom-most in the table, even below Derby. Note that the league had deducted a total of 21 points from Derby.

Going on, Barnsley are also the only team yet to register a win on the road, and they have been struggling to find the back of the net right from the start of the season.

Meanwhile, Nottingham are placed eighth in the table, and they are going after a spot in the top-six. As of now, they need a surplus of four points to climb level with the sixth-placed Huddersfield.

On top of that, Forest also have a great h2h record against this rival at this venue over the past seasons.

For the reasons, expect a win for Nottingham this Tuesday at the City Ground.

Nottingham won 2-1 at home the last match-day, against Derby. They are also on a three-game winning streak, and they had won six of the past eight fixtures. Note that they were also unbeaten in 18 of their past 21 overall games.

And at home, they had won four of their last five appearances, and since October, they have lost just once at this ground.

On the other hand, Barnsley lost 2-1 on the road the past game week, against Birmingham. They are also on a 10-fixture winless run, and they had remained winless in 23 of their past 24 matches. In the process, they had also gone on a seven-game losing streak.

Finally, Barnsley also have an inferior h2h record at this venue over the years.

Likely, expect a win for Forest this Tuesday at their home.

Tips for Nottingham Forest vs Barnsley