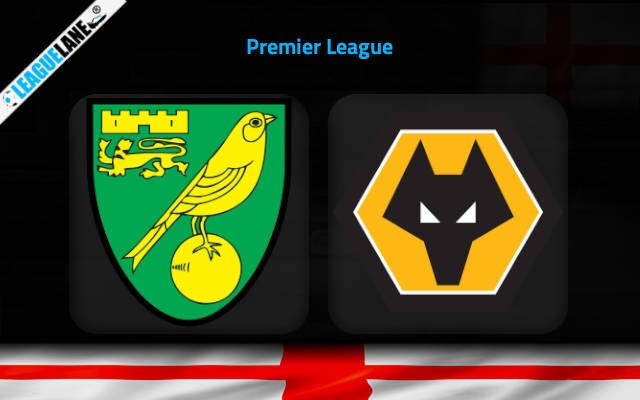 Norwich had one of the worst openings of any team this season in the league, and it was a given that they were on course to get relegated. However, they have recently turned their fortunes around a bit, and on top of that, they also replaced their manager.

As of now, they are on a two-game winning streak, and this weekend at home, they will be hugely motivated to keep this new-found momentum going.

However, they will have their task cut out for them by the determined Wolves, who are going after a top-four spot.

Judging overall form, and previous h2h results, the latter do have the upper hand. However, count on Norwich to find the back of the net at least once.

The Wolves had won 1-0 at home the last match-day, against the in-form, and fourth-placed West Ham.

They were also unbeaten in six of their past seven fixtures, and had recorded five wins in the process. Going on, they had won four of their last six road trips, and by all means, they are one of the most consistent teams in the league.

On the other hand, Norwich are one of the worst, and they also have the worst defenses in the English top flight. And judging previous h2h clashes as well, expect a win for Wolves this weekend.

Still, taking into account their recent resurgence, expect them to score at least once.

Tips for Norwich vs Wolves