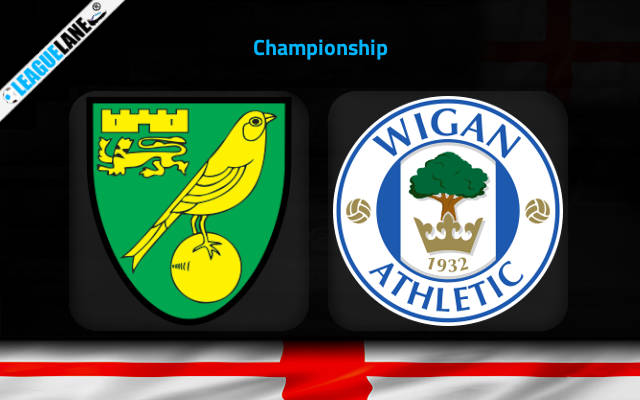 Meanwhile, Wigan were having an excellent form in the past League One season. As a result, they claimed the top spot of the league table to gain the promotion to the Championship battle. They will be hoping to reflect their excellent run in Championship too.

We can see Norwich playing a set of friendlies post the Premier League season 2021/22. t. Their displays were mixed in those friendlies. Anyways, we can see them sealing a 0-3 win against Marseille in one of those friendly clash.

Norwich is yet to play a game at home since the completion of the past Premier league fixtures here. We can’t count their negative displays against top flight outfits when analyzing a match in the second division. Their opening fixture this Championship season was on the road against Cardiff.

On the other side, Wigan played a set of friendlies post the League One season 2021/22. They faced outfits like Sheffield Wednesday, Oldham, Accrington etc in those pre season friendlies and managed to record positive outcomes.

Wigan were having an inconsistency at the end of the past season. Their most affected part of inconsistency was the on the road outings. They ended up the season with a three game winless streak.

Analyzing all the above stats, we can’t back Wigan to seal a win against an outfit like Norwich who is rejected from the topflight this season. We expect a win for Norwich on the back of their decent head to head form against Wigan.