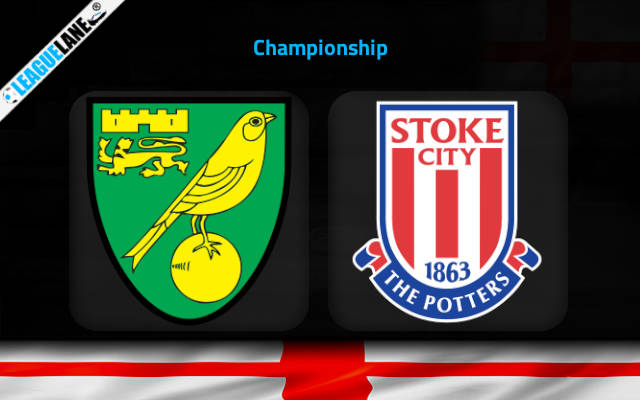 The losing woes continue for Dean Smith and his men as they have lost four matches since the beginning of this month. They will look to return to winning ways as they will host Stoke City at Carrow Road,

Following their 1-0 victory over Blackpool on the 1st of October. The host are now winless in their last six league matches. This downfall has seriously affected the team’s title challenge.

In their most recent game, they played against Burnley in a 1-0 defeat. Currently, they are at the seventh position on the table. Even the teams who are in the relegation zone have won at least one game in their last five matches.

Stoke were shocked when they lost to Coventry by 2-0 most recently. This is their second defeat in a row.

Against Coventry, the team played in a different formation keeping in mind that they have been at the bottom of the table since the beginning. However to their surprise the plan did not work out and in the end, they lost by conceding two goals in the second half.

Teemu Pukki most recently scored a brace against Sheffield United, Dean Smith considers him as a very important player for the team this season.

Alex Neil’s team managed to hold Burnley earlier this month, even against a defensive team like Preston they scored two goals. Therefore, we can expect them to play an attacking game since the host are not in good form.

The visitors are facing a goal drought as they have not sored any goal in their last two consecutive outings.

Our first prediction is that Norwich will score Over 2.5 goals – at 3.75 odd. This is after considering that the team have scored a minimum of three goals since 2020.

Moreover, our next tip for this game is that Teemu Pukki will score in the first half – at 5.50 odd. He scored a brace within the opening twenty minutes in the game against Sheffield United.