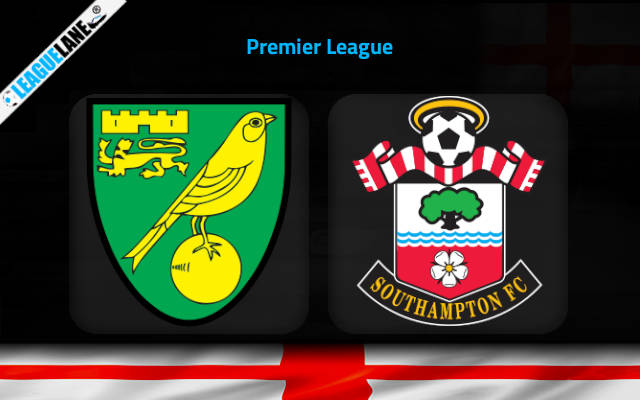 Norwich have been the absolute worst team in the whole of the English top flight this season, and are understandably placed bottom-most in the table. They have conceded the most number of goals of all the teams in the league, and have conceded the least as well.

Meanwhile, Southampton are trying to make amends for their poor start to the season. After a series of draws and losses at the beginning phase, they are now on an unbeaten streak.

And the team surely will take advantage of this match-up against the weakest of the PL. Likely, expect a compelling win for the Saints.

Norwich might have recorded a 1-2 win on the road the last match-day. But it had come against Brentford, a team that were promoted to the top flight only at the end of the previous season.

Going on, Norwich had lost ten of their former fourteen overall fixtures, and their only win at home this new season had come in the EFL Cup, against a team from the Championship.

On the other hand, Southampton recorded a 1-0 win at home the past game week, against Aston Villa. They are also on a five-match unbeaten run, and three of these were wins. Moreover, their only two losses since August had come against Chelsea, and Wolves.

Finally, previous h2h clashes too pick the Saints as the favorites for this upcoming encounter, and judging all these observations, expect a win for Southampton.

Tips for Norwich vs Southampton