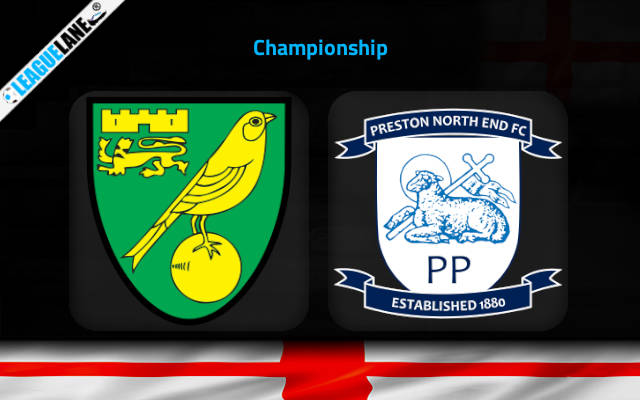 Preston can be considered the best defensive team this season. They will travel to Carrow Road to play against Norwich City on Matchday 13 of the Championship.

The host are having a great season this year. They are currently tied with Sheffield United in terms of points they have won. In their last league outing, they had to settle for a 1-1 draw against Reading.

In that game, Grant Hanley scored the opening goal in the fiftieth minute of the game. This result has helped the team extend their unbeaten streak to five. Moreover, they have lost only two games this campaign.

On the other hand, the visiting side are at the middle of the table despite being the best defensive team.

Following their 2-0 defeat against Sheffield United, Preston side are now unbeaten in the last two games.

In their most recent outing, they faced West Brom. Emil Jakobsen was the only goal scorer in that game which ended in a 1-0 victory for the visitors.

If Dean Smith’s side manage to win this fixture, they can jump to the top of the table. As the current leaders are on a two-game winless streak.

It is interesting to note that in that the visitors have kept a clean sheet in their last two games. Moreover, they have conceded only four goals this season. This is one of the reasons why they can be considered as the best defensive team.

Our prediction is that the Number of goals will be between 2-3 – at 2.00 odd. This is after considering that in three of the last four overall meetings the game ended in the range of two to three goals.

Our second tip for this game is that Both Teams to Score – at 1.72 odd. Both teams have scored plenty of goals in this fixture since 2019.