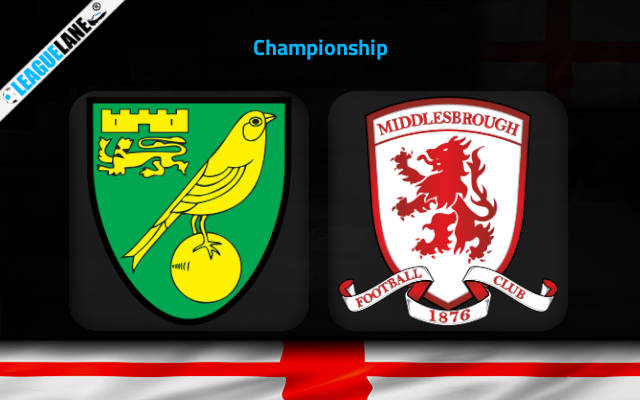 A very important fixture is on the cards this week as Norwich will take on Middlesbrough at Carrow Road. Dean Smith’s side will aim for their tenth win of the season.

The host are slowly climbing their way to the top of the table. Following their goalless draw against QPR, Dean Smith’s side made amends by winning their next game. As they defeated Rotherham by 2-1. It was Aaron Ramsey who scored the winning goal in that game.

The team is now in the fourth position on the table. Do note that this is the first time they have won a game this month. Their recent form is looking good as they have only lost once in their last five outings.

The visitors also have a similar story as well. The team led by Michael Carrick are unbeaten in their last three outings. In their most recent match, they defeated Blackpool by 3-0. They still have a lot of work to do if they wish to reach within the top ten.

Michael Carrick considers Chuba Akpom as a key player, he is currently on a four-game goal-scoring streak. He scored an early goal when his team played against Preston – they have the best defensive record this season.

It is worth knowing that the host have picked up only one victory in their last five home matches.

You can back the following as our first tip is that Norwich will win by 2-1 – the odd for this tip will be at 9.00. The host have a very decent winning record against Middlesbrough. They have won six of their last seven head-to-head matches. Also, they are at the fourth position on the table.

Moreover, our next tip for this game is that Chuba Akpom to score anytime – the odd for this tip will be at 4.00. He has scored in his last four consecutive appearances, also he is the top scorer this season for Boro.