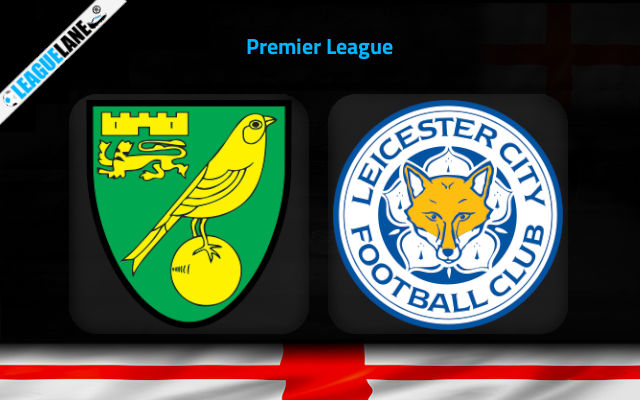 Norwich come into this game bottom of the Premier League but there are still 36 games left to play but the omens do not look good in such a tough league.

On one hand the club have lost 2 games, conceded 8 goals and not scored. But we must remember that they have also had to play Liverpool and Manchester City the last two champions of England, that is a tough start for any club to take on.

Now they face Leicester, the champions back in 2016 and the current FA Cup holders so it doesn’t look like it is getting easier, however Leicester had a poor game last weekend, so maybe this match is more equal than it looks on the eye?

Leicester began the season with victory a narrow 1-0 win over Wolves but they lost away to West Ham last weekend with the score ending 4-1. Ayoze Perez was also sent off, so that was another blow for the Foxes.

Both clubs come here with a lack of confidence, and while it is true that Leicester have the better team, just being at home and not having to face a Manchester City or a Liverpool is a big deal for Norwich who played so well in the Championship last season.

The home side need to find their footing and this could be the perfect game to do that in. We expect a close game that may only open up in the second half, and we could witness a physical battle because of this, but let’s back the home side to get the points but for minimum stakes.

Norwich are really good value to win, and while Leicester should be respected there doesn’t seem that much in the game going into this encounter and we should follow the price of the Canaries.