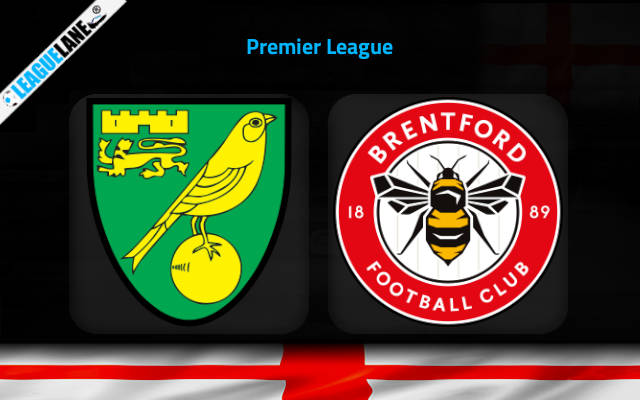 These two could be counted amongst the worst teams in the competition. Norwich are placed 20th in a table of 20, and so far they have managed a total of just four wins in the campaign.

They also have one of the worst defenses in the competition, and with just 12 games remaining in the tournament, they need a surplus of six points to climb over the relegation cut-off.

Meanwhile, Brentford are a team that were promoted recently from the Championship. They are on a long winless run at the moment, and are conceding goals in huge numbers.

They have a lead of just three points over the relegation cut-off, and they have let in goals quite in plenty in past h2h meetings.

By the looks of things, anticipate a high-scoring affair this weekend between the two.

Norwich lost 2-0 on the road the last match-day, against Southampton. They are on a three-fixture losing streak, and they had also remained winless in the past four games.

Moreover, they had conceded four or more goals in two of their past four appearances at home.

On the other hand, Brentford lost 0-2 at home the past game week, against Newcastle. They are also on a ten-game winless run, and eight of these were losses. Do also note that six of these defeats had come in succession.

Moreover, they had also conceded two or more goals in 11 of their preceding 12 road trips.

Taking into account these observations, and past h2h scorecards, expect a goal-fest this weekend at the Carrow Road.

Tips for Norwich vs Brentford