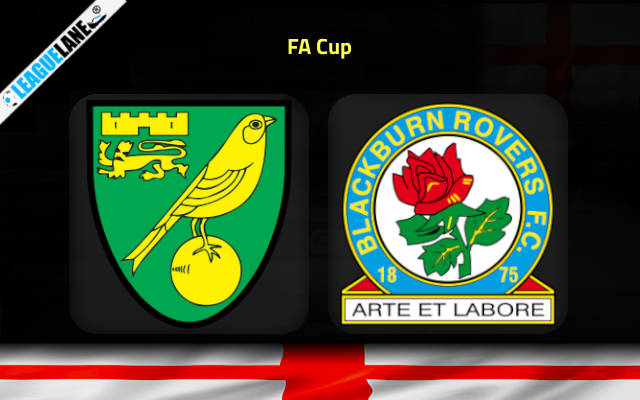 Norwich will try and turn the new page at the start of the year, following a dreadful run of form in the recent Championship games.

The Canaries lost four, drew one, and won one of the previous six league affairs. They have dropped out of the top-10 in the league standings as a consequence.

The latest failure came on Monday when the Canaries fell 0-1 at home to Watford. Norwich have replaced Dean Smith just after the Boxing Day fixture against Luton Town.

Scottish manager Allan Russell is the current caretaker option but the team did not show any improvements (especially in the final third) in the first couple of games under his leadership either.

Norwich will have a chance to forget the division worries on Sunday afternoon when they host fellow Championship rivals Blackburn in the battle for the fourth round of the FA Cup.

Blackburn will enter this match in much higher spirits. They climbed to the third place in the league table after an important 1-0 victory over Cardiff at Ewood Park.

The win was important because it terminated the team’s two-loss streak. More importantly, the Riversiders kept things quiet at the back which was a massive booster knowing they had earlier shipped eight goals in three subsequent defeats across competitions.

It is very tough to find any value in backing the home win at the 1.75 odds here knowing the Canaries won just one of the last six matches in the Championship.

Knowing about the two teams’ form, we just have to try with the whopping 9.50 odds for Blackburn to win & Under 2.5 goals FT pick. Obviously, you can complement it by backing Blackburn to win 1-0 at the 13.00 odds.