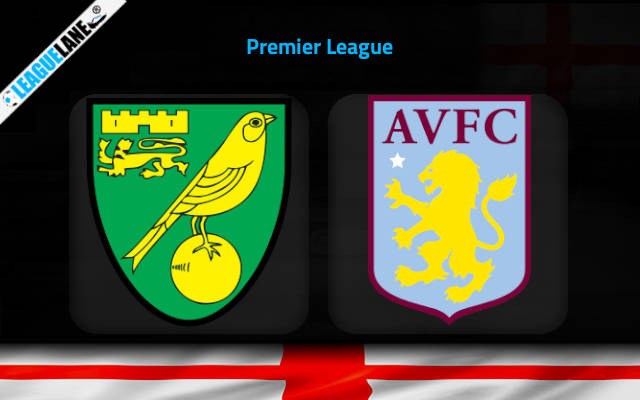 Aston have had some tough games to deal with since the arrival of Steven Gerrard, and this upcoming match-day will probably be the first one where they have the opportunity to take on a rather weak team.

It goes without saying that the former Liverpool captain has instilled a winning mentality into the players, and results have been visible on the pitch.

Still, they have a lot to make up, considering the number of points they dropped during their struggling period.

This Tuesday, they take on the dead-last placed Norwich, who have once again fell into a winless run.

As things stand, expect a win for Villa at the Carrow Road.

Norwich lost 0-1 at home the last match-day, against Manchester United. They are also on a four-game winless run, and had remained so in 16 of their past 19 games. Note that in the process they had gone on separate five-fixture, and three-match losing streaks.

They have also won just twice at home this whole season – once against the 16th placed Southampton, and once against a team from the lower division (EFL Cup).

On the other hand, Aston did lose their latest game. But it was at the Anfield, against Liverpool, and that too for a 1-0 scoreline. The solitary goal was a penalty by Mohammed Salah.

Before that they had recorded a win against Leicester, and they have shown tremendous improvement under the new gaffer.

They will be eager to make up for their struggles earlier in the campaign, and this upcoming encounter against the worst team in the competition is a great opportunity.

Expect them to deliver a compelling win this Tuesday.

Tips for Norwich vs Aston Villa