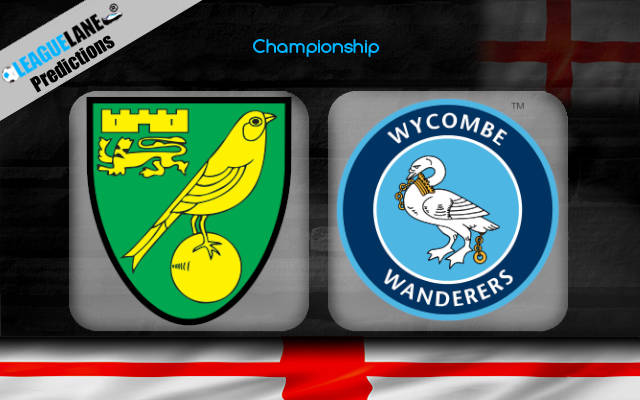 This weekend’s clash is hardly going to be any different, as Wycombe pays a visit to Carrow Road in order to face Norwich.

The Canaries had a slow start to the new season too, but managed to win some games recently. 1.30 are the odds you get on home victory here, which will hardly get us anywhere in terms of profit.

Even though we are only six rounds into the new football season in English Championship, Wycombe Wanderers have very small chance to avoid relegation just one year after gaining a promotion from League One.

The Pelicans have lost every single encounter so far, managing to score only one goal. Another sign of their weakness is current goal difference of -12, which means they often were not even close to winning a point.

There were three previous head to head encounters between these two teams, and every single one has been won by Norwich City. The most recent one in League Cup 2018 was a 7-goal thriller, won by the Canaries 4-3 FT. The remaining two happened in 2009/10 when both were members of League One.

Norwich have scored ten goals in those matches, while conceding five. That averages high 5.00 goals per duel.

German expert Daniel Farke was under a lot of pressure early on, as Norwich were labelled as favorites to compete for top two spots. After an awful start to the new season and only four points won from first four games, Norwich City had to change something.

During the last two weeks the improvement in the back was more than obvious. Canaries have defeated Rotherham United and Birmingham City in the last seven days and conceded only one goal. Their confidence is going through the roof right now and we believe Wycombe are hardly going to stop them.

Our first betting recommendation here is home win HT/FT. Teemu Pukki has been the leader of this team for many years now, but not in form lately. This is a good chance to get back on track and score a couple of goals.