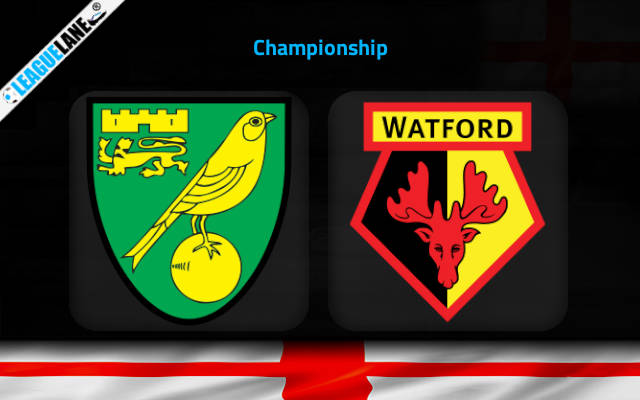 Norwich vs Watford Predictions and Free Tips from our expert tipsters when the teams go head-to-head in Championship on Monday, 2 January 2023.

A lot of changes took place this month in the Championship. Norwich are now tenth in the league following two back-to-back defeats against Blackburn and Luton. They will aim for a win as they will play against Watford.

Meanwhile, Watford could not do much when they faced Millwall last time. This is their first defeat since early November. However, they have performed well on their away trips.

The most important point to note is that, Watford are on a three-game winning streak at Carrow Road against this team.

Both teams last met back in October and the visitors won that game by 2-1. The last time the host won this fixture in front of their home crowd way back in 2016.

Who will win the match between Norwich and Watford?

Watford will take home all three points from this game. They are one of the best teams in the league this season and are unbeaten in four of their last five outings. Not to mention that Norwich have lost their last two consecutive home matches.

The current home team have picked up only one victory last month which was against Swansea. Also, the Dean Smith parted ways with Norwich after the loss against Luton on Boxing Day. Currently the managerial work is being done by Steve Weaver.

The last three head-to-head meetings between these two teams ended with three goals combined. Both teams are in decent goal-scoring form in the league this season. We can expect the same trend to continue for this game as well.

Both teams have scored in two of the last three meetings. When both these teams last played in October the score line was 2-1. We can expect both teams to score.

The visitors have won this fixture on six of the last seven occasions. Not to mention that they are fifth in the league this season. Therefore, the first tip is that Watford will win this game– at 3.40 odd.

Our second tip is that Over 2.5 goals with both teams to score – at 2.37. Both teams have scored a combined total seven goals in two of the last three overall head-to-head meetings.