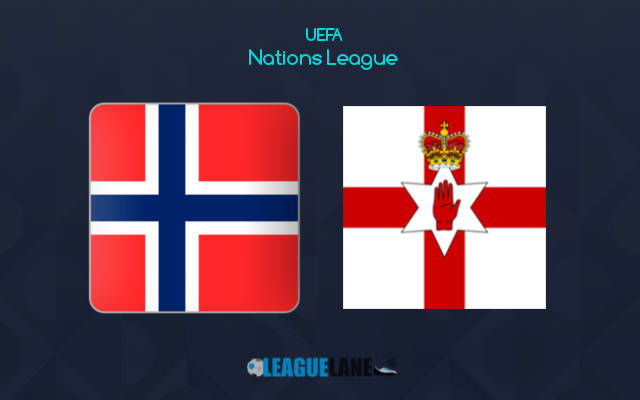 Norn Iron have been the worst team in the group so far, and with some abysmal performances, they have practically taken themselves out of the equation for promotion.

They are yet to secure their first win, and on top of that, they have conceded the most number of goals as well as have scored the least.

They were struggling to perform even before the competition had commenced, and the fact that they are placed dead last at the moment is not really a surprising one.

And expectedly, here on, other teams in the group will actively target them to post easy points as well as improve their goal difference.

Meanwhile, the Lions are at the top of the table – level on points with Austria. Both have six points so far, and with just three match-days remaining – the race for promotion to League A is getting heated.

Considering that the Norwegians are taking on the worst team of the lot, they have an opportunity to surge ahead. They will hope to deliver an easy win this Wednesday – and at the same time will hope for Austria to drop points against Romania.

Lars Lagerback’s men had recorded a 4-0 win in their latest fixture. It was at home, and the opponents were Romania.

In the meantime, Ian Baraclough’s men had lost 0-1 at home against Austria.

Going on, Norn Iron are winless in their last 12 months, and they have had a total of three wins away from home in the previous three years.

They had also lost five of the former six overall h2h clashes, and they have a 100% losing record on the road against this rival.

Meanwhile, their counterparts were unbeaten in 20 of their previous 24 overall match-ups, and they had lost just once at home since September of 2016.

Finally, Lagerback’s men are targeting a promotion to the top flight, and their striker Erling Haaland is in red-hot form as well.

By all means, expect a Norway win this Wednesday.