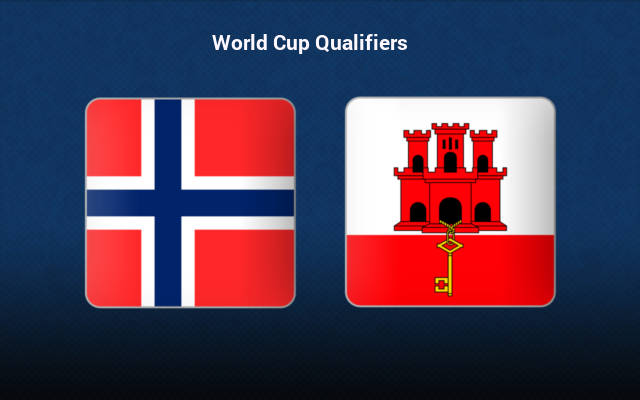 The top of the table is nearly in the sights for Norway as they look to do away with Gibraltar this Tuesday in front of a home crowd.

Norway has yet another chance to go to the top of the table after squandering the chance they had against Turkey by losing 3-0. Rest assured, that won’t be the case this time over as they have it easy against a Gibraltar side that has failed to concede lesser than 3 goals in their entire Campaign.

Gibraltar has conceded 20 goals in just group stage matches and one can’t help but feel sorry for them as they go against an offence spearheaded by Haaland.

The 21-year-old phenom has scored in both of Norway’s previous two matches. He already has 6 goals and 3 assists from 5 matches for his club this season and he will be carrying on this tremendous form into the match.

This is a heavily one-sided affair and Norway are sure to take home all three points.

Norway vs Gibraltar Head To Head

Norway is the massive favourites and it’s just a question of how many goals they will score.

Haaland is in the form of his life and on the way to becoming a household name worldwide and we expect him to open the scoring and open up the floodgates for a flurry of goals. He’s scored the opener the last 4 times he scored in an international game.

The predicted score is 5-0 in Norway’s favour