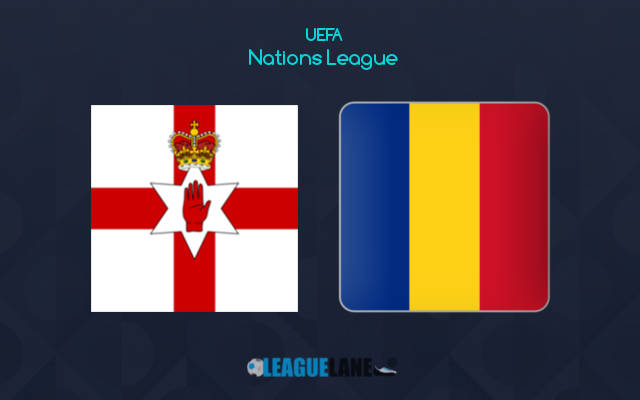 Norn Iron have been the worst team in the competition by a mile, and it’s no wonder that they are placed dead last in the table. Barring a single draw in their opening game, they have lost all of their fixtures, and thus they have posted a total of just one point till now.

They have also conceded the most number of goals in the process, and have scored the least as well. Moreover, they also have an inferior h2h record in the past two decades against this opponent.

Suffice it to say that the Tricolours have the edge this Wednesday. And to further tip the scales in their favor, they have had a far better spell of games lately in comparison, and also are not under pressure of relegation.

In fact, Ian Baraclough’s men need a win at any cost at the Windsor Park to have any shot at avoiding relegation. And even after that they have to hope that the postponed match-up between Norway and Mirel Radoi’s men is conducted, and in that the latter have to lose.

The Tricolours are simply not equipped or experienced to handle these kinds of pressure.

Expect Romania to have the upper hand this Wednesday.

Going on, Baraclough’s men are on a four-match losing run, and they are also on a nine-game winless run. They had also lost four of their preceding five home appearances, and had failed to score in three of these fixtures.

On the other hand, their counterparts had just won a game against Belarus (friendly), and impressively, scored a total of five goals in the game. They were also invincible in 23 of their preceding 30 match-ups, and on the road, they were unbeaten in nine of their previous thirteen fixtures.

On top of that, the Tricolours also have been unbeaten against this rival since 1985. Taking all these stats into account, expect Romania to emerge victorious this Wednesday.