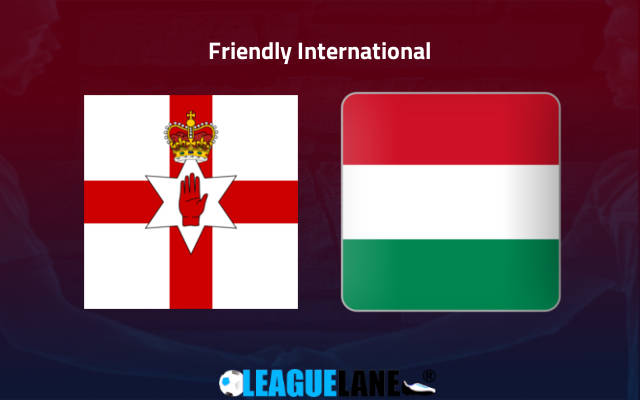 Northern Ireland will host Hungary at Windsor Park for an friendly International this Tuesday looking to build on the improvements made during the back end of their failed qualification campaign at the 2022 FIFA World Cup.

The Green and White Army missed out on a place in Qatar as they clinched third spot in Group C of the World Cup qualifiers. They picked up nine points from eight group-stage games to finish 7 points off second-placed Euro Cup Champions Italy in the playoff spot.

The hosts will be hoping to make it three subsequent fixtures without a defeat following a pair of unbeaten WC qualifiers which include the tie against Italy and a 1-0 win against Lithuania which was scheduled at Windsor Park. They have an away game against Luxembourg after which they will be standing off at home for this upcoming fixture.

Hungary’s return of three wins from 11 matches looks far less impressive than their upcoming opponents, but this is a Hungary side which has generally been on the go. Marco Rossi watched his team claim draws with France and Germany during Euro 2020, while they concluded 2021 with a 2-1 success in Poland.

The Hungarians are currently on a 3-game unbeaten run with the last 2 games ending in victories over San Marino and Poland.

Northern Ireland are on a 4-game unbeaten run at Windsor Park with their last game being a goal-less draw against the current Euro Cup Champions. But 3 of them were draws with no goals to spare and only a single win was seen here against Lithuania.

Hungary are also on a 2-match unbeaten streak on road, and they had won half of their last 6 games on road. They also had a decent campaign in the recent Euros and will be eager to see more momentum built ahead of the next edition of the UEFA Nations League.

A thrilling game is up for cards with a possible chance for a home victory seems likely.