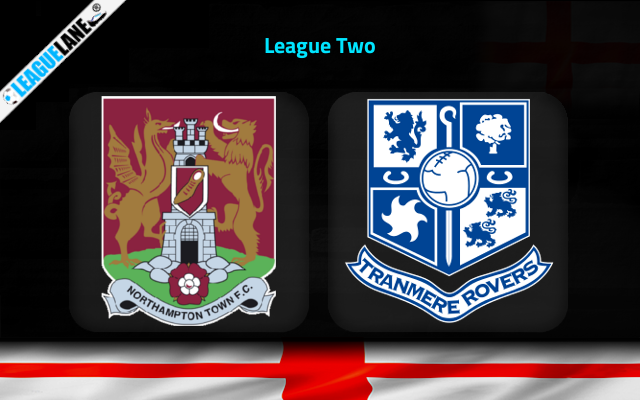 Tranmere will be visiting Sixfields Stadium on Saturday for the League Two game with home team Northampton.

Northampton have been in great form since the beginning of this season. They have won 11 of their 19 matches and are currently placed third in the league standings.

The Cobblers also have the best attacking side in the league and have managed to avoid defeats to a great extend. It deserves to be mentioned that the performance of their English striker Sam Hoskins.

Although he was not in the squad the last time out, we can expect him in this game. Along with that, it is not wrong to expect a goal from him.

Tranmere currently lacks the potential to defeat an in-form Northampton side. Despite a good start to the league, they are currently on a poor run.

They have not been able to win in the last six games and have dropped to 12th position in the league standings.

Going on, Northampton will have enough of spirits as they play host to Tranmere. In addition, they are unbeaten in the last six league games.

By the looks of things, expect a victory for the home side Northampton on Saturday.

Bookmakers were more likely to make the home side favorites when they are third in the table, coming up against current 12th. But the bookies have placed them at 2.60 odds for claiming the win here.

Northampton have been placed at such a high odd because they have not been able to win in their last three home matches. However, we do not expect them to concede a defeat in the current scenario.