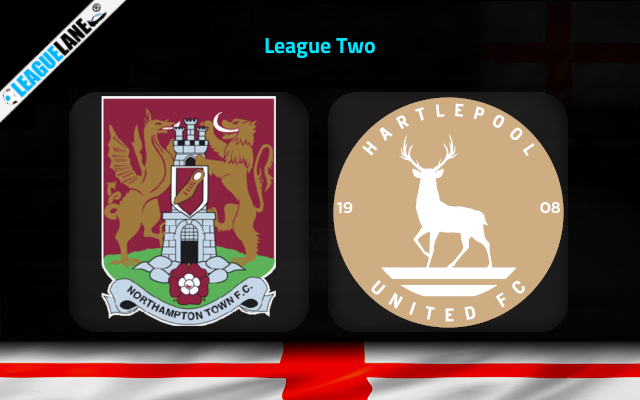 Northampton are enjoying a decent League Two season since the beginning. They sits 3rd on the table with a total of 63 points in hand. They have a decent offensive and defensive lineup. However, their form has been bit inconsistent of late.

Northampton lost 0-1 to Bristol Rovers at home in their most recent league fixture. It was their third defeat in the past 10 league fixtures. They will be hoping to get back to the winning ways by sealing points from the coming league affairs.

Meanwhile, Hartlepool are also having a seesaw of form in the league lately. They have collected 7 points from the past 5 league fixtures to add up to a total of 51 points in the table for occupying the 12th spot. They have an average offensive side while their defensive lineup is not that impressive.

Hartlepool won2-3 against Newport on road in their most recent league outing. They were following two subsequent winless games in the league before recording the above win.

Northampton won three of the past 5 league outings at this venue. They have succeeded in scoring goals at a decent rate at this venue too.

On the other side, Hartlepool are winless in 6 of the past 10 on road league fixtures. They have also leaked goals in 5 of the past 6 fixtures on travels.

On top of that, Northampton have been the dominant force in the history of this match-up at this venue. Therefore, we are backing Northampton to seal a win against this Hartlepool outfit when they meet each other in a League Two fixture at Sixfields Stadium on Saturday.