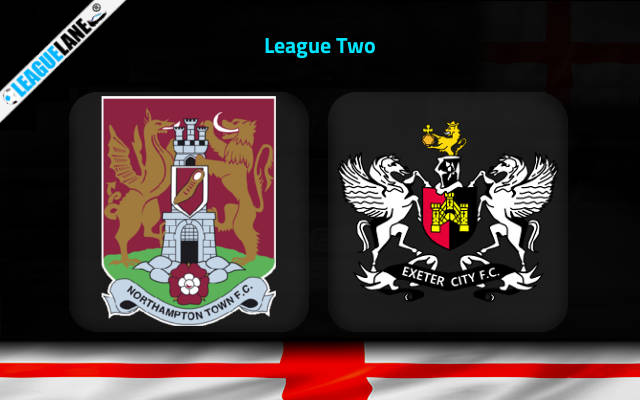 Two teams at the top of the league table, Northampton and Exeter, will face each other on Saturday at Northampton.

Northampton has secured a position with direct position to the League One in the next season. They have played well in their matches and their strong form has helped them to achieve this milestone. However, they are only one-point ahead of Port Vale who is in the fourth position. Northampton needs to secure wins in the upcoming matches if they wish to stay at their current position.

Exeter City has played well in their matches this season. From the last ten matches, the team has got eight wins, one draw and one loss. Even though Exeter stands second on the table, they have got the same point as the first positioned Forest Green Rovers and are in position to be promoted to League one in the next season.

Exeter City played their last match against Barrow, in which Exeter scored two goals while Barrow could score only one. The match ended in a win for Exeter with 2-1 FT score.

Both Northampton and Exeter have played well in their matches this season, securing them the position on the top of the league table. However, with both teams on strong, the match can turn its tides at any time.

Northampton has more chance in securing win in this match than Exeter. They have played well in their home matches and have an excellent streak against Exeter in their home ground. With both teams on top form, the match can be expected to go over 2.5 goals as well.