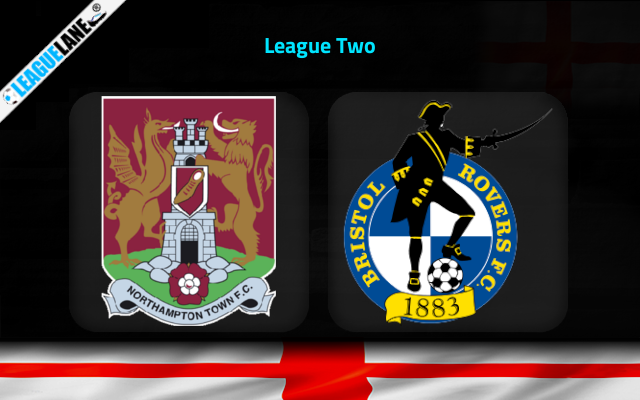 Northampton sits inside the League One promotion zone on the table. They have recorded enough of positive displays and have collected a total of 63 points. They have a decent offensive and defensive lineup.

Northampton recorded a 1-2 win against Stevenage on road in their most recent league fixture. They are having an inconsistent form in the league lately. Therefore, they doesn’t possess any streak in the league at present.

Meanwhile, Bristol Rovers have been recording excellent displays in the league of late. They have collected 12 points from the past five league fixtures to add up to a total of 60 points for occupying the 7th spot. They will be hoping to secure their current position inside the safe zone.

Bristol Rovers won 1-0 against Colchester at home in their most recent league fixture to wove a thread of three subsequent winning games in the league. Following such a set of positive recordings, they will be having good spirits to enter the coming fixture.

Analyzing the above stats, either of these two outfits will go after the three points when they meet each other in a League Two fixture at Sixfields Stadium on Saturday afternoon.

Northampton Town have won three of the past four home league affairs. We can also see their attacking side scoring goals in each of those four home affairs.

On the other side, Bristol Rovers have also won three of the past four league affairs on road. They have succeeded in scoring goals in each of their past 9 league affairs away from home. Therefore, we can’t expect them to be on the losing side possessing such a form.

Considering the form of both these outfits, we are backing the draw option which seems to be the only ideal choice to choose here.