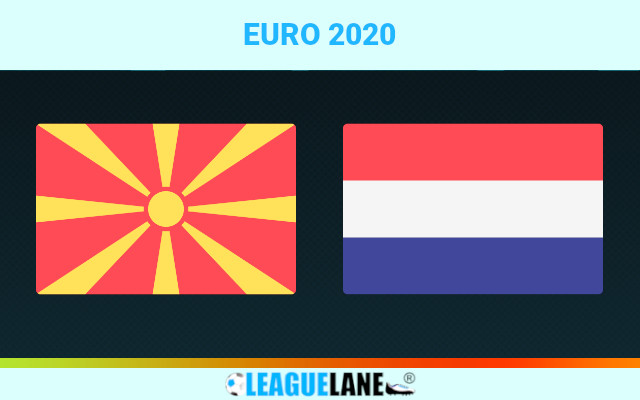 To most this will look like a dead rubber game because North Macedonia have been eliminated from Euro 2020 and the Netherlands have already qualified for the knock out stages. However this is a match that the Netherlands need to win.

The reason the Netherlands need to win is because it is important for them to finish 1st in their group. If they do not they will almost surely face Italy in the knock out round. If they were able to win the group they would face any three of the 3rd place finishers, and might have an easier route to the quarter finals.

The Netherlands beat Austria 2-0 in their last group game and that followed victory over Ukraine and the team have qualified for the next round without getting out of 2nd gear.

North Macedonia have lost both of their group games and this will be their final game of the tournament. They have lost 3-1 against Austria and 2-1 against Ukraine. The nation were always considered outsiders to even reach the knock out stages but they will feel disappointed at how their competition has ended really before it had begun.

North Macedonia have lost 2 of their last five games and overall are in average form but poor form when it really matters. The fact that the nation have conceded 5 goals against the quality of Austria and Ukraine should have their fans worried for this game.

The Netherlands are in very solid form and come into this match having won their last 3 in a row. They are scoring goals too and have netted 8 in that time. They have also stretched their unbeaten run to six games and we would have to go back to March for their last defeat which came against Turkey. The Oranje haven’t lost at home for 7 months.

North Macedonia are lucky in that they have no major injury problems. They may opt to change up their team though as this is the last game and give some others a try out, though there has been no hint of that and we may presume that they will start with the same 11 that narrowly lost against Ukraine.

There are no injuries to report for the Netherlands who head into their final group game. We could presume that they will stick with the same team, because they will want to try and avoid a possible meeting with Italy in the next round.

Frank de Boer the Netherlands coach realises that this is not the most electrifying of Netherlands sides and has opted instead to think of safety and play 5 at the back. He may change this up for this game as the Netherlands will find more attacking opportunities.

Of course the Netherlands are the odd on favourites to win this game and we think they will get their 3 points but we will also see a few goals from them too.

North Macedonia have been a real let down in the Euro’s. True no one expected them to do very well but at the same time there was hope given that they have recorded some very good results this year especially when they beat Germany. Alas for now they have been found wanting and will have to try and take this tournament as a learning experience.