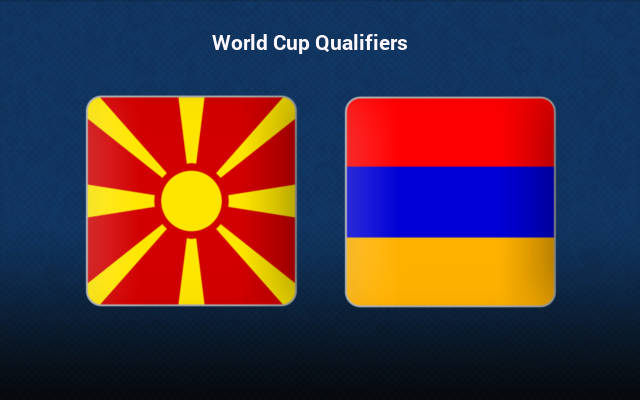 Armenia will be looking to maintain the perfect record in Group J of the European World Cup Qualifications on Thursday evening when they travel to Skopje to take on North Macedonia in the fourth round of the competition.

Armenia got off to the best start of any qualifying campaign in their history by picking up three straight victories in the Group J of the World Cup Qualifications.

The narrow 0-1 win in Liechtenstein did not promise much, but the Armenians backed it up with consecutive home victories over the likes of Iceland and Romania.

The team led by Spanish manager Joaquin Caparros now sit at the top of the group standings and they have a nice opportunity to stay there with another three-pointer against North Macedonia.

Armenia have enough attacking options capable of hurting the Macedonian defense. Tigran Barseghyan is their top scorer with two goals.

Gazaryan will not travel to North Macedonia following an injury issue, but Caparros will not have any other problem with sidelined players.

North Macedonia are also enjoying a formidable qualifying campaign of their own, having defeated the likes of Germany 1-2 on the road in the previous round.

They also made an inaugural appearance at a major tournament this summer when they lost all three group stage matches at the 2020 EURO to Austria, Ukraine, and the Netherlands.

Both North Macedonia and Armenia lacked defensive meticulousness in their latest games and we see a strong value in backing goals at both ends at the sky-high 2.05 odds.

The Macedonians kept their net untouched just once in the last six outings (a friendly against Kazakhstan), while Armenia conceded in each of the last three matches. As for the outcome, we are shooting for the draw at the attractive 3.50 odds.