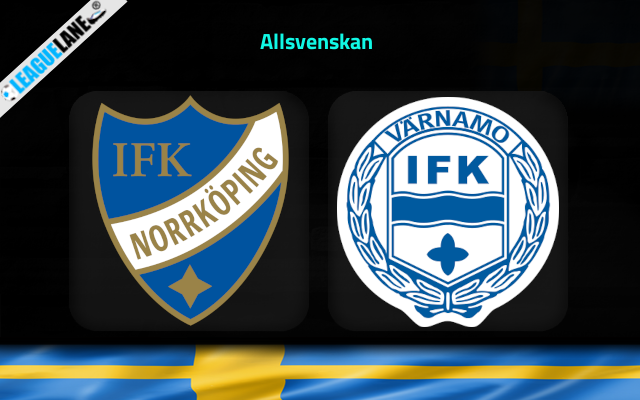 Norrkoping had a disappointing start to this Allsvenskan season. They won one, drew one and lost three of their total 5 fixtures so far this campaign. However, they have tried their best to better themselves of late and they have succeeded in it.

Norrkoping recorded a 1-2 win on road against Kalmar in their most recent league fixture. They ended up their four game winless slump with that win. Having the home advantage in the next league fixture, Norrkoping will be hoping to make the previous fixture win count.

Meanwhile, Varnamo also had an unimpressive start to this season. They won one, drew two and lost two of their total 5 fixtures so far this campaign. With a total of 5 points, they occupies the 12th spot of the table. They will be hoping to record a better display in the league further now.

Varnamo recorded a 2-0 win at home against Degerfors in their most recent league fixture. They were on the back of four subsequent winless games before recording the above win.

Norrkoping will be having enough of spirits to enter their upcoming fixture. They faces Varnamo, who just got promoted from the second division.

Varnamo lost each of their past 5 on road fixtures including club friendlies. They played six on road fixtures after completing the Superettan season. Knowing that they lost five of those six, we have enough reasons to back Norrkoping.

On top of that, Norrkoping won 6 of their past 10 home fixtures across all competitions including non-competitive friendlies. Considering all the above stats, we back Norrkoping to seal a win against this Varnamo outfit when they both meet each other in an Allsvenskan fixture on Monday.