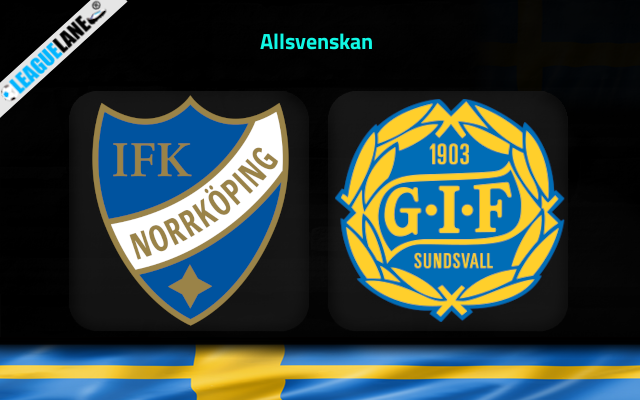 Norrkoping had a winless start to this season. They failed to record a win in the first four league fixtures. However, they have bettered themselves to an impressive state at present. Their recent form is pleasant and with the aid of home advantage, they will be having positive hopes to enter the next outing.

Norrkoping recorded a 0-1 win on road against Helsingborg in their most recent league fixture. With that win, they are now following a streak of three winning games in the league. They will be having positive spirits following such a set of recordings.

Meanwhile, Sundsvall are having a disappointing form since the beginning of this season. They won one and lost six of their 7 league fixtures so far this campaign. Their form pushed them down to occupy the 15th spot. They should gain some momentum at least now.

Sundsvall recorded a 2-3 defeat at home in their most recent league fixture against degerfors. It was their third straight defeat in the league. They will be hoping to arrest their current slump.

The improving form of Norrkoping is visible from their home recordings this season. The opened up with a negative display and recorded a score draw to finally bag a three pointer from their third home fixture this season.

On the other side, Sundsvall have lost each of their three on road fixtures this season. Their defensive side leaked two or more goals in each of those too.

On top of that, Norrkoping have been the dominant force in the history of this head to head clash. Therefore, we are left to back the hosting Norrkoping to seal a win from this fixture against Sundsvall on Sunday.