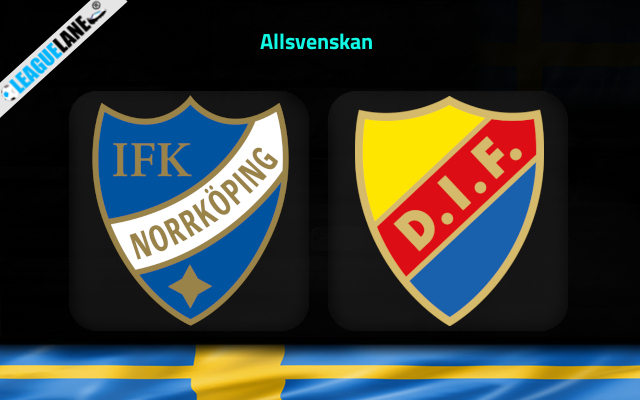 Djurgaarden are in pursuit of their 9th league title, with just 3 games left in the Allsvenskan, the team should take all points from their remaining games and hope the league leaders would drop points.

Norrkoping are set for yet another routine top half of the table finish as they are way ahead of the relegation picture and UEFA competitions qualifiers are out of their reach. Read our Preview, Predictions, and Betting Tips with Analysis here.

Norrkoping vs Djurgarden Prediction and Analysis

Peking were on an amazing run of games in the months of August and September where they went 9 games losing just once, registering 8 wins from those fixtures. They looked like serious contenders challenging for a spot in the qualifiers of one of the UEFA competitions, but with just a win in their last 5 games, they are 7th in the table, 11 points behind Malmo.

DIF on the other hand remained at the top of the table for most parts of the campaign but 3 losses in the league in October, with 2 of them coming against other teams in the title race, they are currently 2nd in the league table a point behind Malmo and 3 points clear of AIK.

Despite their poor form in recent times, the hosts are unbeaten in their last 6 league games at home, registering wins in 5 of those fixtures. As much as the away fans would want their team to stay alive in the title race with 3 points from this fixture, I do not see it happening as they have just won twice in their last 6 league games on the road.

The preceding 7 matches at this venue have seen at least 3 goals being scored. With the away team fighting for the title and with the possibility of goal difference coming into play to decide the title winner, expect a lot of goals from this game.