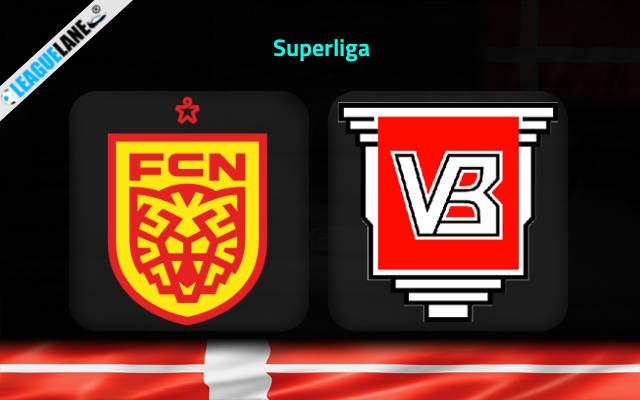 Nordsjaelland has shown a bit of hiccup with earning wins in their matches since the start of relegation round. The team has secured win in only two matches from the last eight matches. Most of the matches have ended in draws. From the last eight matches, the team has got two wins, five draws and one loss to their name. They stand third in the relegation table with 32 points from their matches.

Nordsjaelland played their last match against SonderjyskE. Both teams scored one goal, each ending the match in a draw with 1-1 FT score.

Vejle too have exhibited difficulty with securing wins in the matches. Since the start of the relegation round, the team has got one win, four draws and two losses. Their poor performance has put the team in the fifth position with only 23 points to their name. Their current standing makes Vejle one of the team to be relegated at the end of the season. With only two matches remaining Vejle will have a hard time escaping relegation.

Vejle played their last match against Viborg. In the match, both teams scored two goals each, ending the game in a draw with 2-2 FT score.

Both Nordsjaelland and Vejle have shown difficulties with securing wins in their recent matches. Nordsjaelland is on a streak of draws which has lasted for three matches at the moment while Vejle has got mixed results from the matches.

Looking at the records, the match will most likely end in a win for Nordsjaelland. With both teams scoring in the match, we can expect the match to end with over 2.5 goals as well.