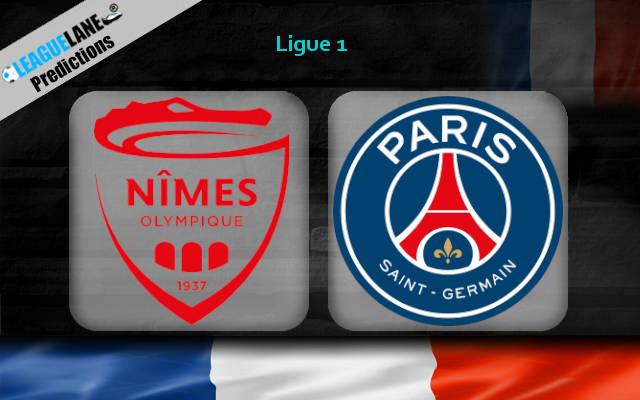 A huge game awaits Nimes on Friday when they will take on the champions PSG.

Nimes have been average to good so far this season though started their campaign in poor form losing their opening two games. Since then they have gone their last 3 games undefeated and in their last match they impressively went to Montpellier and won 1-0.

Nimes come into this game in 13th place with 8 points and a surprise win should be enough to propel the side into the top 10.

PSG started the season slow but have bounced back with a vengeance since then. They have won 4 games in a row and are now in 4th place and just 2 points behind the league leaders Rennes.

Nimes vs PSG: Head to Head

In the last 13 years the clubs have only played each other 4 times with PSG winning all of those matches.

PSG have scored 10 goals past Nimes in the last 3 matches.

PSG will be odds on to win this game and they should be able to do so and score a few goals too. We don’t predict any other outcome than an away result. It is true though that the players of PSG have been playing international games in far flung countries and may well be tired or even rested because of this, as it comes so soon after the games.

But PSG have such quality and they should have little trouble here to get all three points, though for value we need to look into different markets.