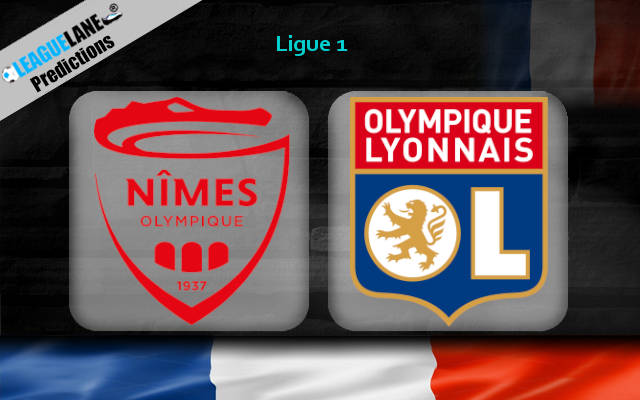 Lyon have ensured a top-four spot, and thus at least a Europa League ticket. However, they are going after a Champions League entry, and since they are pitted against the relegation-threatened Nimes, expect a victory for them.

At present, Nimes are placed 19th in a table of 20, right in the clutches of the relegation zone. They have a total of nine wins this campaign from their 36 matches till now, and have won just once in their past five games in the league.

Also, only two other squads have conceded more goals than them this season, and at home they have been on a long winless streak.

Meanwhile, Lyon are placed fourth, and due to their 17-point lead over the fifth-placed Marseille, they have no worries about losing out on Europa.

However, they are trailing by a single point below the third-placed Monaco, and just three points below the second-placed PSG.

Likely, expect a Lyon win this Sunday at the Stade des Costières.

Nimes won 0-3 on the road the last match-day, against Metz. In the meantime, Lyon recorded a 4-1 win at home against Lorient.

Going on, Nimes were winless in eight of their past ten overall games, and they have a single clean sheet from these ten fixtures. Moreover, they have also won just thrice at home since February of 2020.

On the other hand, their counterparts had won five of their last seven matches, and they had scored three or more goals in four of their preceding seven games.

Importantly, they are on an unbeaten run on the road since September of 2020, and they also have a good h2h record against this opponent over the years.

As such, expect a Lyon win this weekend. Also anticipate goals in plenty considering the objective of the guests.