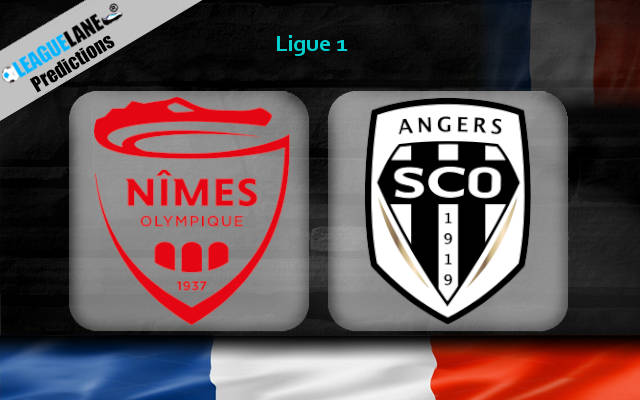 Nimes come into this fixture in 18th place after a poor recent few weeks as they have lost their last 3 games in a row.

Those defeats came against Bordeaux, Metz and PSG and the clubs last victory was back at the beginning of October when they surprised Montpellier.

It would only take a couple of victories to change Nimes perspective and it being so early in the season they have the chance to recover though they will face a tough opponent. At home Nimes have won just 1 game in their 5 played and have no wins here in their last four games.

Nimes last home game ended in a 1-0 defeat at the hands of Metz who themselves are in good form.

Angers started well but have shown too much inconsistency in recent weeks and have fallen to 11th position. They were beaten last weekend at home against Nice with that match finishing 3-0 and that feels like a real wake up call for a side who want to establish a good home record.

Away from home Angers have a 50% win rate which isn’t too bad and their last away game ended in a great 2-1 win at Rennes.

Nimes vs Angers: Head to Head

True it is always risky backing the draw but we think we could see it here.

Angers are the better team but are looking too inconsistent at this present time, plus they have quite a poor to average record coming to this ground.

Nimes need to fight as they don’t want to get sucked down into a relegation battle and even at this early point of the season it can start to happen.

So we see both teams cancelling out each other and will back the draw and correct score. The value will be good so make stakes minimum.