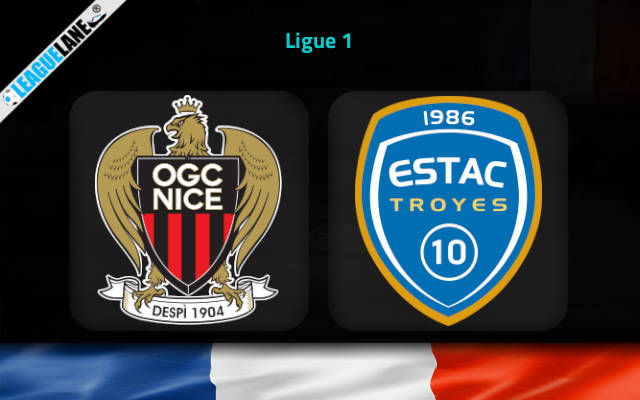 Troyes travels to Allianz Riviera on Sunday to meet the hosts Nice in this Ligue 1 encounter.

However, they have not had a flying start this season as expected. they had managed to win just twice so far in this season.

As a result, they sits outside top half in the league standings. They are currently on a 2-fixture losing streak in the league. Do also note that they had let in a total of 3 goals in the past 2 league fixtures.

Meanwhile, Troyes have been one of the worst team the previous Ligue 1 campaign and they were lucky to not have gotten relegated at the end of the season.

They have continued this dismal form even in to this new campaign and are still struggling with their defense. Troyes were following a streak of three losing games before claiming a win against Angers the past month.

Since then, they looks have evolved into a better shape and such bettering helped them to climb up to the 11th spot in the league table at present.

By the looks of things, expect an interesting Ligue 1 affair between these two rivals on Sunday.

Troyes head into this fixture on the back of an away win against Clermont Foot while Nice lost their previous home fixture and is on a 3-fixture losing streak here.

Therefore, we are backing the Draw No Bet option in favor of the visitors Troyes for this one.