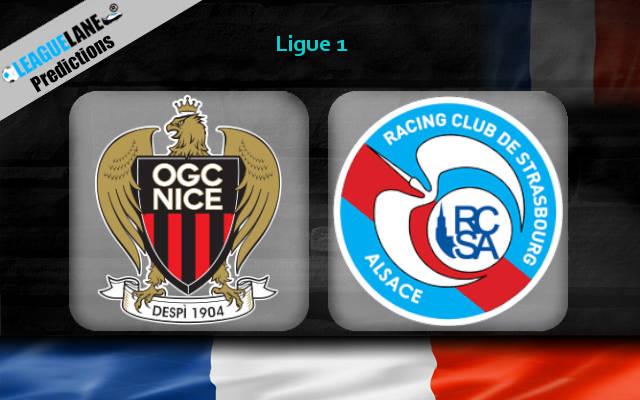 Nice are going through a good run at home, and even though they have ruled out a European berth, the team would want to finish out their campaign on a positive note. And considering the struggles of Strasbourg, expect a win for the hosts of the day.

Strasbourg are one of the only two squads in the whole competition to stay winless in the last five games, and they also are trying to avoid relegation.

As of now they are placed 16th in the table, and have a lead of just one point over the relegation cut-off. They are also conceding goals in huge numbers, and on the road it’s been quite some time since they have shown any consistency.

Meanwhile, Nice are scoring well at the moment, and it seems like they have ensured a top-ten finish. In the remaining two game weeks, they would try to secure a top-eight spot.

Going on, they also have a good h2h record against this rival over the years, and particularly so at this venue.

By the looks of things, expect a Nice victory this Sunday.

Nice recorded a 3-2 win against Brest the last match-day. In the meantime, Strasbourg lost 2-3 at home against Montpellier.

Going on, Nice were unbeaten in six of their former eight overall games, and they had scored two or more goals in four of the past seven fixtures.

At home, they are on a four-game winning run, and had scored three or more goals in three of the past four appearances here.

On the other hand, their counterparts are on a five-game winless run, and they had conceded two or more goals in five of the last seven matches. They were also winless in nine of their past twelve road trips.

Moreover, Strasbourg also have a worrying h2h record against this opponent over the years.

Taking into account these observations, expect a Nice win this Sunday at the Allianz Riviera.